Keto Diet for Dogs: What to Know

America: land of the fad diet. While not necessarily the latest, the ketogenic diet has become among the most popular the last few years. For people, that is. But keto is also becoming popular for dogs. And maybe it’s not just a fad.

A keto diet consists of very low carbohydrate, high fat, and moderate protein levels. It causes weight loss because of how cells use carbohydrates versus fats to make and store energy.

Normally, cells convert carbohydrates into glucose, which is then either used immediately for energy or stored in the liver as glycogen. But if you remove most carbs from the diet, the body will use up its stored glycogen within a few days and will have no more fuel. The body is then said to enter a state of ketosis, in which it basically runs on ketones from fat instead of glucose from carbs.

Ketosis has been shown to suppress appetite, decrease insulin levels, and increase fat burning, which is why the keto diet is successful as a long-term weight-loss diet. The high protein maintains muscle, unlike a fasting diet would do.

Keto diets aren’t new. Back in the 1920s and ’30s, they were used to treat epilepsy in people with some success, but when better anti-epileptic drugs emerged the diets faded from popularity. Now they’ve experienced renewed interest not only in managing intractable epilepsy, but in slowing dementia and, especially, cancer. Cancer cells have an altered metabolism and can’t use fat for energy. If they can’t get glucose from carbs, or glutamine from protein, their growth and reproduction slows. Mice on ketogenic diets have significantly slower tumor growth, according to some studies.

Keto diets for dogs are also gaining popularity, but veterinarians point out that, so far, there is limited data supporting its use. Much of the enthusiasm is based on anecdotal evidence.

One of the main advocates is KetoPet, a nonprofit organization founded in 2014 to help shelter dogs with cancer who would otherwise be euthanized. They placed the dogs on a ketogenic diet and gave them advanced cancer treatment. The dog’s blood was monitored to ensure they were in a state of ketosis, and PET scans were used to measure tumor size. While the keto diet was not a cure, more than half the dogs on the diet were alive and active months beyond their expected life span. A few were even cancer-free despite being diagnosed with highly aggressive forms of cancer.

Going keto may have other benefits. In a recent study of 21 epileptic dogs on a keto diet, seven had a 50-percent reduction in seizure frequency and three of them became seizure-free. Keto may also help dogs with diabetes, and keto advocates claim it may help reduce inflammation, improve liver health, and basically improve overall health. 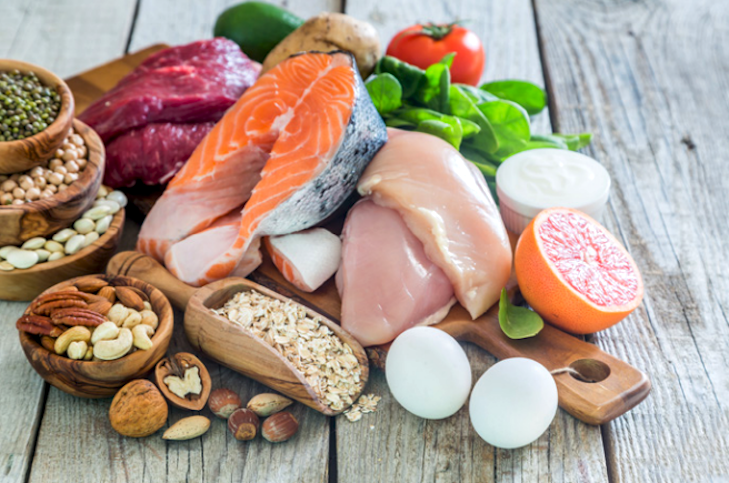 How to Go Keto

If your dog were roaming the wilds and living off the land, he’d be close to a keto diet. Actually, he’d probably be on a starvation diet, but let’s suppose he was an adept hunter and didn’t have to forage from dumpsters and fast-food parking lots. The carb-to-protein-to-fat ratio of a typical prey animal is close to a ketogenic diet. Close, but not quite. And since most of us don’t really want to plop a dead bunny in a bowl, we turn to homemade or commercial keto diets.

A canine keto diet should consist of 70 percent fat, 25 percent protein, and 5 percent carbs on a dry-matter basis (that means after all the moisture is taken out). A keto food pyramid would have a base of fresh muscle meat, fatty fish, and organ meat, followed by eggs and cheese and oils, then vegetables like leafy greens, broccoli, and carrots, topped off with a few nuts and berries.

Beware that as the body adjusts to burning fats instead of carbs, your dog can feel lethargic for several days (in humans, this is called keto flu). He can also have diarrhea or constipation, and the increased fat can increase the chance of pancreatitis.

A quick internet search will yield weeks worth of different keto dog recipes in addition to commercial keto foods. Note that some nutritionists are concerned that these diets don’t have the extensive feeding trials that large dog-food companies subject their products to — that is, unless you consider your dog’s wolf ancestors the ultimate feeding-trial test subjects.