Chollie was a gift meant to ease grief. That’s one of the first things I learned about my friend Gail Sheehy’s Cavalier King Charles Spaniel. After losing her Tibetan Spaniel in 2007 and her husband Clay Felker in 2008, Gail welcomed Chollie into her life at just the right moment. After two sad and lonely years, she had a companion again.

Gail and I met in 2015, when I became her part-time assistant. But we soon realized we were fast friends despite our 60-year age difference. We both agreed we spent more time with one another than with any other person in our lives.

In early 2020, Gail confided in me that she worried about how she would go on without Chollie. He was 11 and she was 83. Chollie was certainly slowing down and entering his golden years. At the same time, Gail showed no signs of slowing down. She was an unstoppable force who many times had more stamina than Chollie and me combined. 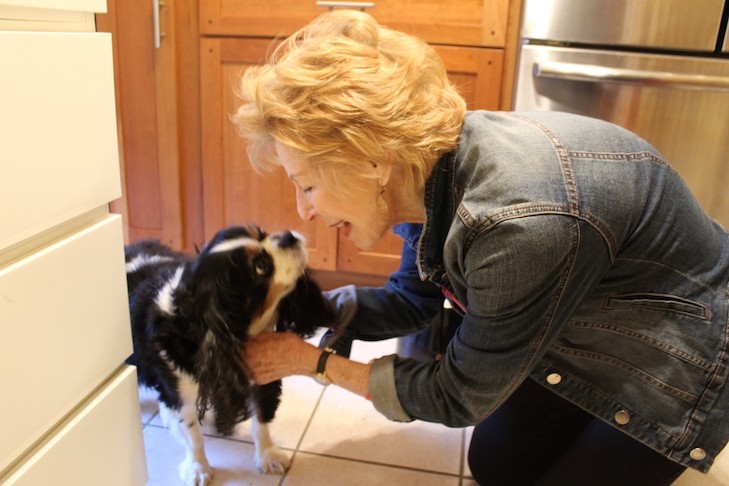 Gail bends down to feed Chollie in her Manhattan apartment. 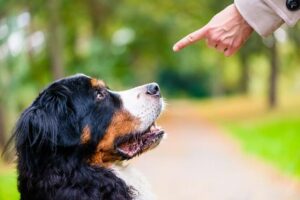 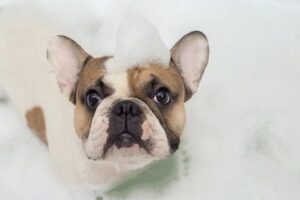 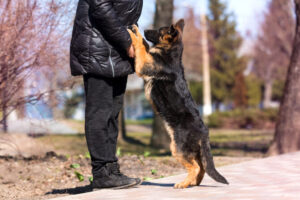