Cesky Terrier History: From a Bohemian Hunting Dog to the Terrier Group

There’s an old Czech saying, “Like dog, like master,” and this applies to no one better than Frantisek Horak, the creator of the Cesky Terrier. Horak persevered through World War II and a communist revolution with terrier-like determination to create his vision of a new hunting breed, the Cesky Terrier— perhaps the only breed with no gaps in its studbook. Ironically, Horak’s project was unintentionally assisted by a communist government.

Ceskys (pronounced “chess-keys”)—also known as the Czech Terrier and Bohemian Terrier—are now well established in over 20 countries outside the Czech Republic.

Hunting was an integral part of life in medieval Bohemia, and while the kingdom and other neighboring states would eventually become the Republic of Czechoslovakia in 1918 and finally the Czech Republic in 1993, hunting with dogs is still important to Czech culture today.

The Cesky Fousek or Czech wirehaired Pointing Griffon is the oldest recognizable type. Charles IV, the Holy Roman Emperor and King of Bohemia, kept a great kennel of these dogs in the 14th century. The first dog organization and studbook—the Central Society for Chase and Hunting Dogs’ Protection—was formed in 1883 to preserve hunting dogs, and subsequent cynological groups followed suit. To young Frantisek Horak, hunting and dogs were inseparable.

After the end of World War I, the 9-year-old Horak began to own and breed dogs under his parents’ supervision. It was the beginning of his lifelong fascination with canine traits and hunting with dogs in the Bohemian forests near Prague. Between the wars, Horak came to believe that a dog’s function should be paramount and took Lovu Zdar, which translates as “Successful Hunter,” for his kennel name. 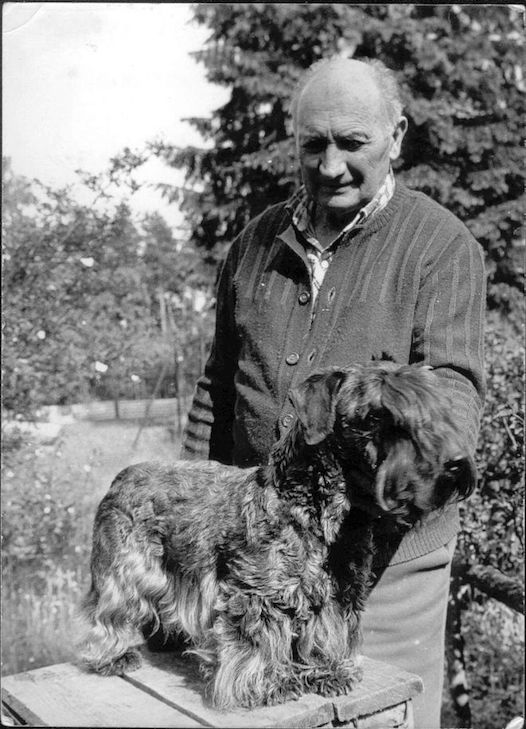 Frantisek Horak with his creation.